The Beretta Model 84 is part of Beretta’s 80 series line of pistols. Introduced in 1976, these pistols became vastly popular in civilian and law enforcement markets, especially overseas. The gun is a blowback design and is somewhat reminiscent of the Beretta 1934 model. The model 84 is a double stack .380ACP (9mm corto in Italy) single/double action handgun. It holds 13 plus one, has an aluminum frame, a 3.8in barrel and an ambidextrous thumb safety. This gun is still being manufactured today and new they run about $700.00. 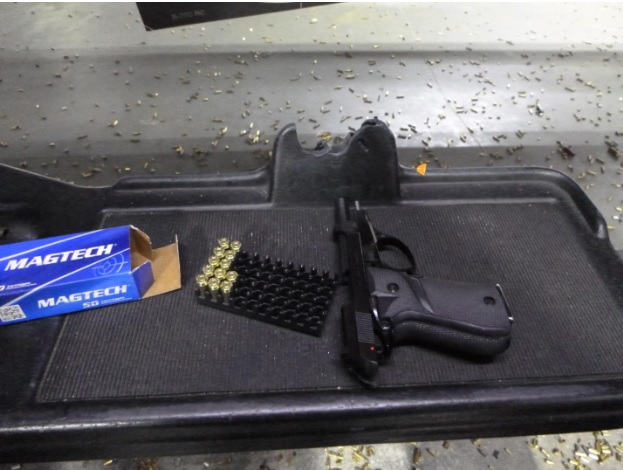 Italian police forces were very fond of these guns at one time; as such there are now surplus models available very affordably. This version is an Italian surplus model and it only cost $350.00. In the last couple months, it appears that much of the surplus stock has dried up. However, you can still find them from certain dealers. It originally came with wood grips, and one magazine. As a matter of personal preference, I replaced the wood grips with the rubber Pachmayr grips.

We can thank John browning for designing the .380ACP. The cartridge is a rebated rim 9mm (.357in) designed to work in compact guns, and was introduced by colt in 1908. The .380ACP typically shoots a 90 or 95 grain bullet going around a thousand feet per second. It is a pretty anemic round, and definitely only good for defense at short ranges. In a larger gun like the 84, it is light recoiling and fun to shoot.

.380 has gained popularity in the concealed market recently, and as such there are some top notch loads available from Hornady, Winchester and others. I specifically recommend the Hornady Critical defense. It is a polymer tipped hollow point designed to rapidly expand.

These little guns are fun to shoot, and excellent for beginners. When I first purchased it I noticed that recoil felt unusually rough. If you buy a surplus gun, I suggest changing the recoil spring as I have noticed that the recoil springs on some of the surplus 84’s are very weak, but that’s what happens with a 30 year old gun.  In the case of this gun, installing a new recoil spring made the gun run much smoother. 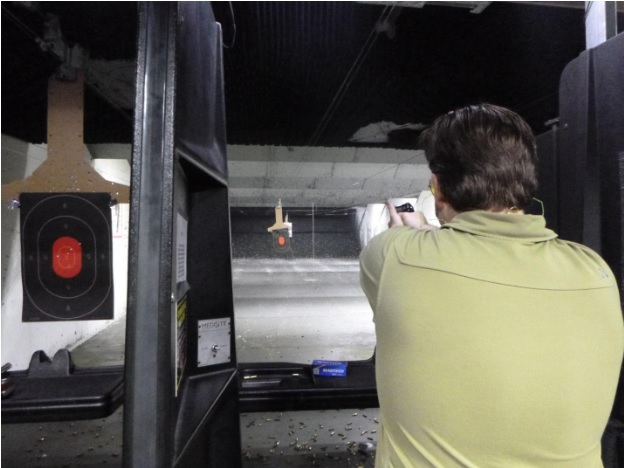 Accuracy with this firearm is fair. At ten yards it shoots about a 3.5 inch spread. I would say that is about the functional range of this little pistol. One drawback is the sights are small and black, which make them hard to pick up in certain conditions.

The trigger in single action is a crisp 5 pounds with minimal pre-travel and a very short reset. The double action pull is about 10 pounds but still very smooth. Reloading is done quickly as the slide stop is large and in comfortable reach of the thumb. 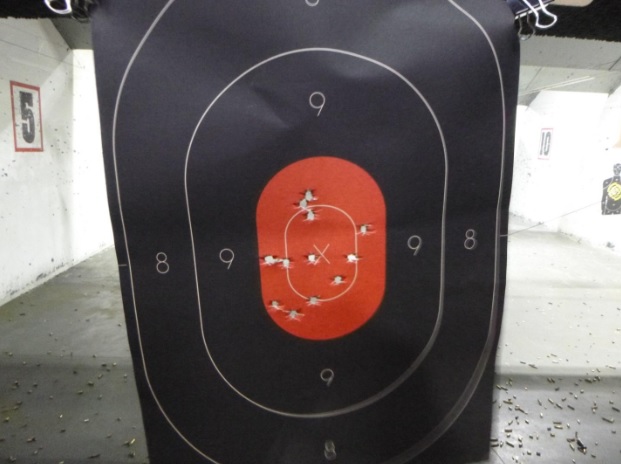 This was a 13 round group with Magtech 95gr FMJ loads.

During my range trip with this gun we had no failure to feeds or any reliability issues whatsoever in a hundred rounds.

This gun is compact, reliable and has a high capacity. It is not a bad choice for concealed carry, or as a range gun for novice shooters. Furthermore it is a very ergonomic pistol. I like the location of the controls and the grip is smaller but still very comfortable in the hand.

First off this is a surplus gun. A surplus gun should not be considered a reliable tool for defense out of the box. If you choose a surplus gun, you need to thoroughly inspect it and replace any worn parts. Do not expect the importer to provide excellent warranty service, that’s typically not what they are there for, and the gun is technically used. In this case even with a worn spring the gun did not malfunction, however you can’t be certain when dealing with surplus firearms.

Besides that this gun is not very powerful, and not as accurate as I would like. It exhibits the “close enough” level of accuracy. You can expect to hit a man size target at 10 yards, but precision is beyond the scope of what this gun provides.

If you want a fun range gun, or an inexpensive comfortable concealed gun, this gun may be for you. At the price point of the surplus model 84s even if you spend 50 or 60 dollars on parts you still come out ahead. I can’t say if the new production 84s are more accurate, but despite mediocre accuracy it is still “combat effective”. I like it, I enjoy shooting it, but it’s not my main defense handgun.