The Walking Dead’s third season was filled with a number of memorable scenes, but one mind-blowing sequence wound up on the cutting room floor.

Entertainment Weekly gave fans of the zombie show a sneak peek at the clip, which will be included as an extra when the Season 3 is released to DVD this fall.

As the still shot below shows, actress Sarah Callies was subjected to the zombie make-up chair. The scene is from Episode 10, which dealt with Rick’s deteriorating mental state and grief-induced hallucinations. It’s a stunning and disturbing scene and probably should have been included. 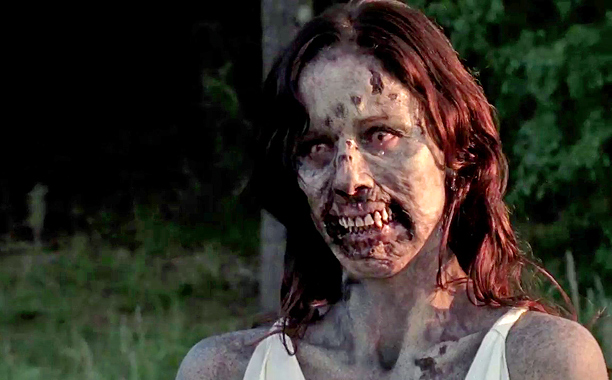