Grandpa and the Zombies is now available

Tivola Publishing has announced the release of Grandpa and the Zombies, a crazy and brain-teasing zombie game, for every major mobile platform. 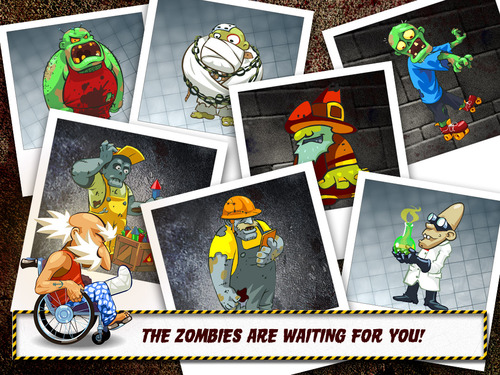 Grandpa Willy is not a young lad anymore, but he does not plan to surrender to any lumbering zombies dragging their feet around anytime soon. Thus, he is riding his wheelchair around three thrilling worlds with over 90 levels in search of candy and a way out. The levels are filled to the brim with the craziest undead that make Grandpa Willy’s escape that much harder – including stinky Halitosis Jack or the Forklift of Evil.

Players have to keep their cool and use their brainz to navigate Grandpa Willy to the safety of the next elevator, while collecting as much candy as possible. Grandpa Willy is even fine with a detour to get to his candy.

Willy’s wheelchair keeps on rolling until he encounters an obstacle. Preferably, that should not be a zombie. Players have to avoid the obstacles, traps and dangers awaiting them, as well as leading the zombies astray. Only a brainy tactic can lead out of the puzzling mazes and into the
saving elevator.

The app is a fun comic ride for small and big zombie fans alike.

“Grandpa and the Zombies is the first casual game app by Tivola”, said managing director Hendrik Peeters. “A crazy game for the whole family, in which you have to use your brain to beat the levels. With this, we are expanding our portfolio and continue 2013’s success.”

Grandpa and the Zombies’s features include:

· Horrible zombies – from Halitosis Jack, Bevil and Revil to the Forklift of Death

· A new challenge in every level

Grandpa and the Zombies is available for 0.99 $ on the following sites:

Tagged as: Grandpa and the Zombies