The Walking Dead 9×05 ‘What Comes After’ review

The episode we’ve all been eagerly waiting for.

As the intro starts, we see Rick hallucinating back at the hospital from the very first episode. This is incredible to see, the power of this hallucination we see is completely mesmerizing. Rick is talking to himself, as he tells his past self to wake up from the coma. So we know we’re in for a roller coaster of an episode if the first hallucination is already confusing us. We’ve never seen anything like this on The Walking Dead and by god does it really set the atmosphere for the episode. 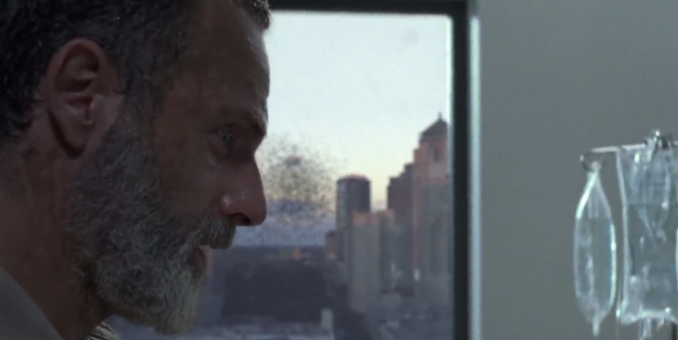 Cutting back to real life, Rick is still stuck with that bar impaled right through his stomach. As strong as he is, he undoes his belt to pull himself off of it. Complete agony is felt by everyone watching, not just Rick. Rushing for the horse as it’s his only escape, he manages to get on to it with the huge herd closely behind. A sense of hope falls upon the viewers as he resumes what he was doing in the first place, leading them away from the bridge. The whole episode Rick doesn’t want the herd to get there, but it eventually does. Why? Because it was inevitable. This was Ricks final mission, to save his family by giving up something that he cared so much about.