The Walking Dead 9×04 ‘The Obliged’ review

As the episode begins, we’re shown a series of short clips of Michonne. But why are we seeing this? This is because the showrunners will be wanting a smooth transition of Michonne once Rick’s departure occurs. They’re basically showing us creating laws, building futures, settling scores, spending time with Judith, looking after the weak. She is transforming into a born leader. 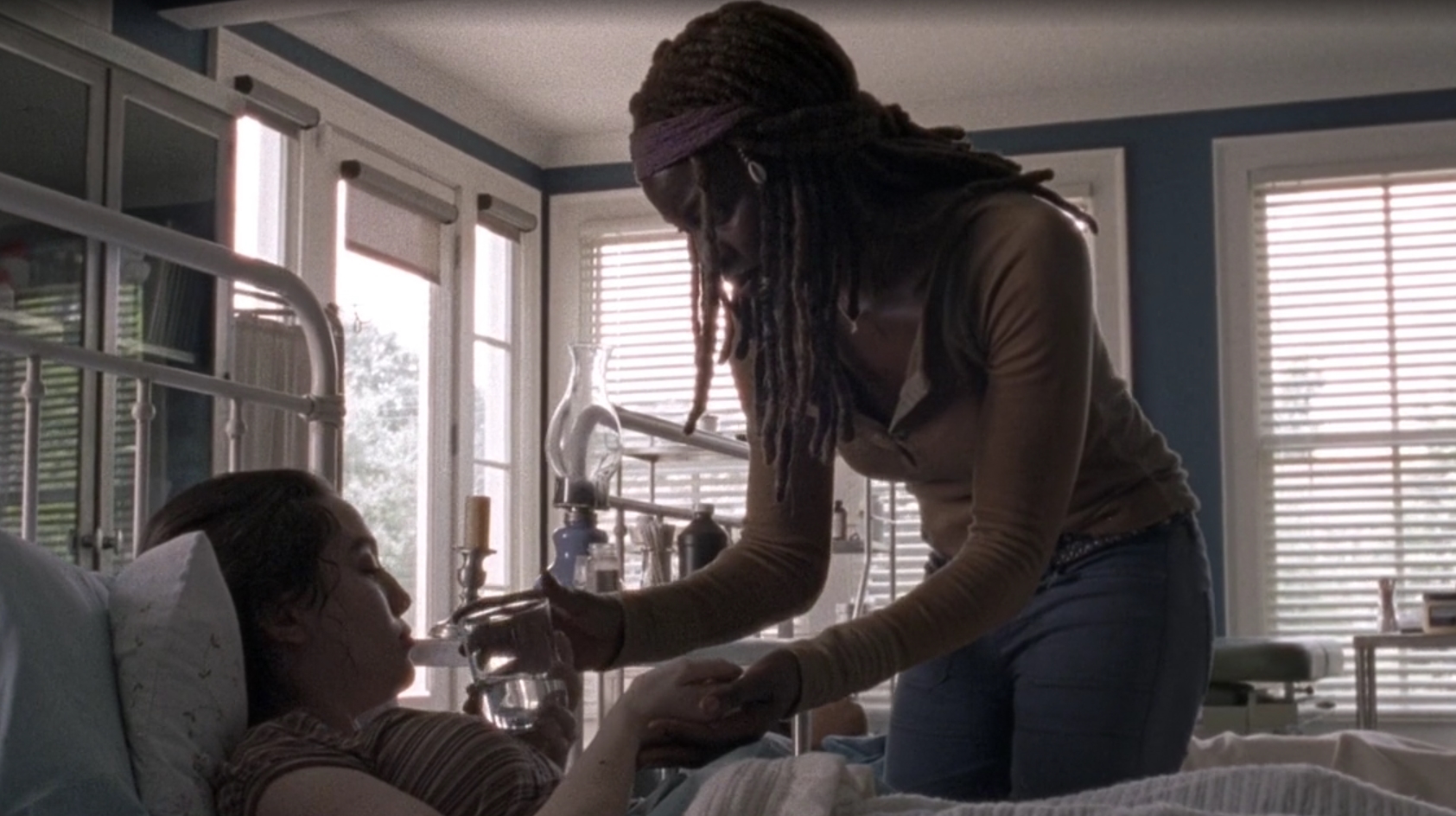 We all remember Michonne from the past seasons as this brutal, destructive character that was well compared to Daryl. But what about her past? In the past before the apocalypse, she grew up with a keen interest to modern art, as well as literature living a privileged lifestyle in a stylish apartment with her boyfriend (Mike) and son (Andrew). She originally had two daughters in the comic books, and one of them actually turns up eventually at the Commonwealth. However, in the TV series Andre, her son was confirmed gone in Season 3 as we’re shown her arriving back at her camp. Her boyfriend (Mike) and his best friend (Terry) were supposed to keep her Andre safe, but she finds them also dead and decides to keep them as pets as punishment. Chopping off their arms so they can’t grab, and jaws so they can’t bite. Michonne really has lost everything, especially after Andrea’s death at the end of Season 3.

See the entire review at The Walking Dead 9×04 Review