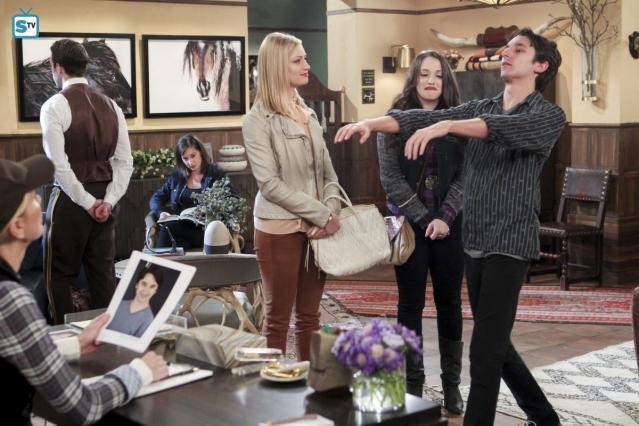 Zombie fans with nothing to watch on Monday Jan. 16, might want to check out 2 Broke Girls on CBS. The sitcom features the main characters cast as zombie extras in an episode titled “And the Stalking Dead.”

According to a CBS press release:

Max and Caroline get their big break when they’re cast as zombie extras after they finally arrive at the movie set in Texas where Randy is working. Back at home, Han and Oleg try their hand at construction after they fire the contractor working on the dessert bar, on 2 BROKE GIRLS, Monday, Jan. 16 (9:00-9:30 PM, ET/PT) on the CBS Television Network. Beth Littleford guest stars as Bonnie, the assistant director of the zombie movie.

Clearly, it’s not The Walking Dead. It’s not even iZombie. But if you’re desperate for a zombie fix, it’s about all you’ve got going right now.