Zoink gives gamers the chance to star in Zombie Vikings 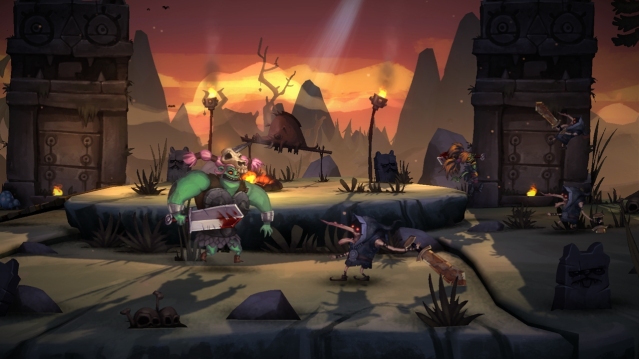 Indie game developer Zoink, known for its previous hit Stick It To The Man, now gives players the chance to become a ZEO – a Zoink Executive Official! Check out the launch video below, or scroll down for the full story.

How to become a ZEO:

As a ZEO, you get a whole bunch of perks and cool stuff – like actually getting to star as an extra in Zoink’s upcoming title  Zombie Vikings! But that’s not all. Here’s the full list:

·         You get access to Zombie Vikings before the release, and you’ll also get some extra game keys to share with your friends. Go multiplayer!

·         Your mailbox will be stuffed with a concept sketch of Zombie Vikings-you, concept art, and a super cool t-shirt.

·         You will get access to a private Zoink forum where you get to chat with the devs, who will give you exclusive news about Zombie Vikings and upcoming projects before everybody else.

·         If you live close enough to attend, you also get a golden ticket to the Zombie Vikings release party!

Each week, everyone has the chance to become a ZEO by entering a contest. This very first week, the challenge consists of creating a weapon for Zombie Vikings! And here’s a bonus: The winning entries will actually be playable in the game.

For more information, check out their blog: