Zombie kangaroo short ‘Waterborne’ to be unleashed online on June 15

After a reception at the Opening Night of St Kilda Film Festival in May, award-winning Australian zombie kangaroo short, ‘Waterborne’, will be made available to watch online from midnight on June 15 for a limited time.

The film will be free to view at www.waterbornemovie.com but fans are also encouraged to follow the official Facebook page at www.facebook.com/waterbornemovie for merchandise giveaways, exclusive behind the scenes content and live Q&A’s with the cast and crew. 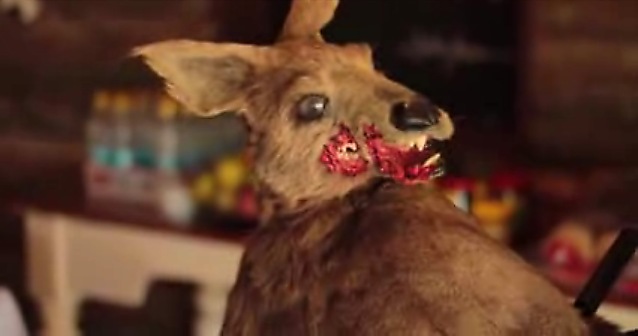 The self-contained short film, which features a ‘zombie kangaroo’ that attacks a ranger on a deserted bush road, also acts as a proof-of-concept for a feature length project currently in development.

“We receive so many requests from fans eager to watch the film but unable to make it to the festival screenings that we decided to give the world a chance to see it in between festival screenings,” said Waterborne producer, Marisa Brown.