The stars of AMC’s hit zombie drama “The Walking Dead” are so tight-lipped about the series that I have suspicion there is a clause in their contracts stating their character will meet a grisly death should they reveal anything about the show in advance.

Filming on the upcoming fifth season started earlier this month and spoiler hunters are out in full force. However, recent “exclusive” interviews with the likes of Andrew Lincoln (Rick Grimes) and Norman Reedus (Daryl Dixon) have revealed that the actors don’t know much about what’s coming and they aren’t telling what they do know.

Fan spies know that the show is filming at the Terminus set, which is no surprise. Another non-shocker came this week from AMC itself, which released the first official season 5 photo. From it, we learn that Rick is alive and that he’s bloody. But not too bloody. He does appear to be in daylight, so it’s safe to assume the entire first half of the season doesn’t include the gang trapped in rail car A.

So, without further ado, here’s the photo: 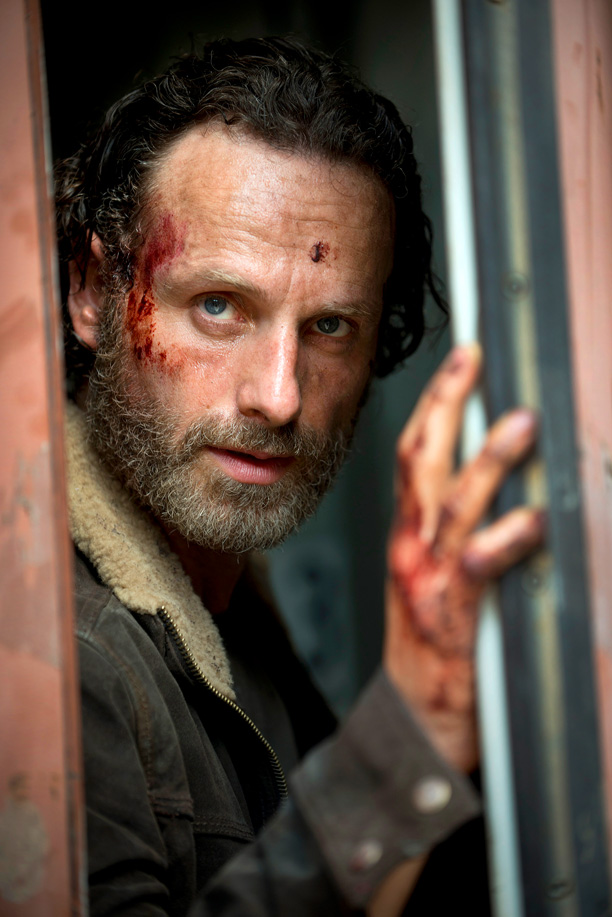