San Diego Comic-Con is upon and that means fans of AMC’s hit show The Walking Dead should get ready for sensory overload. We’ve gotten our hands on Alex Ross’s season 4 poster and it is mind-blowing. The poster is just another example of the producers’ commitment to bringing zombies to the forefront for the upcoming season, which is set to return in October. 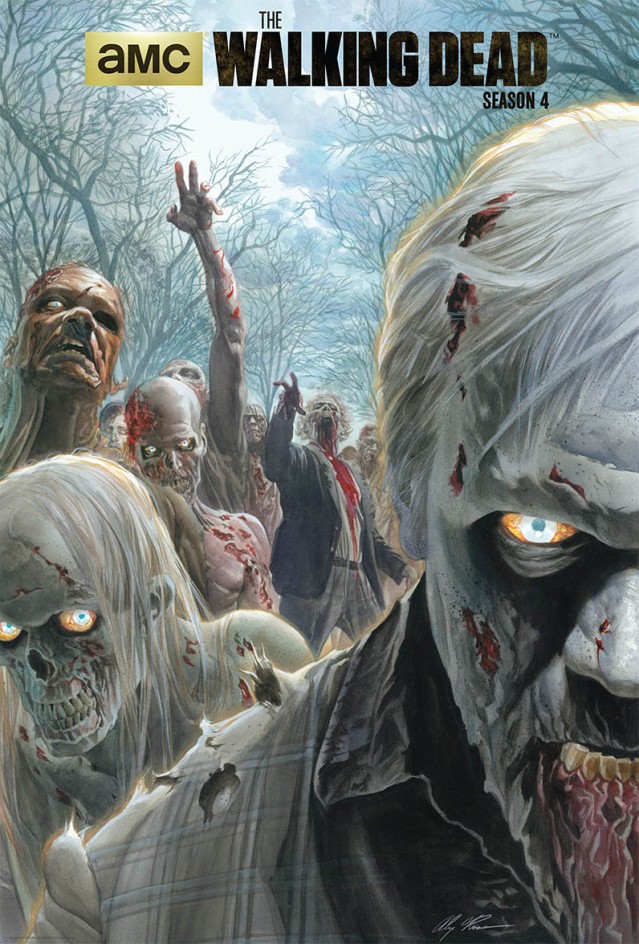 Ross, the renowned comics artist known for his work on Spider-Man, Batman and The Avengers, has shifted his attentions from the fantastic to the horrific — as evidenced by his limited-edition The Walking Dead Season 4 poster created for San Diego Comic-Con 2013.

A gallery of the previous Comic-Con posters is available here.