Psyop Games and IllFonic have released Moving Hazard , a multiplayer first person shooter where players use hordes of zombies as their weapons in a battle for resources against opposing factions. The game is now available through Steam’s Early Access program for $19.99 USD at http://store.steampowered.com/app/334670/.

Moving Hazard brings a new twist to both competitive military shooters and zombie games by mashing together the popular genres in a fresh way. The game pits rival military factions in a desperate battle for resources in a world lost to the zombie infection, where players must fight the instinct to kill zombies in order to spare the shamblers and deploy them as weapons against the enemy.

“ Moving Hazard genre mash-up introduces all new strategies and tactics to military shooter games as well as a fresh way to handle the undead in zombie games,” said Rocco Scandizzo, Managing Director, Psyop Games. “Players can now use the same tactics as the Governor in The Walking Dead, letting the zombies do the dirty work while you wipe out your enemies for their resources. With tons of additional content and features coming during Early Access, all based on community feedback, Moving Hazard is going to be the fresh take on competitive multiplayer shooters people have been waiting for.” 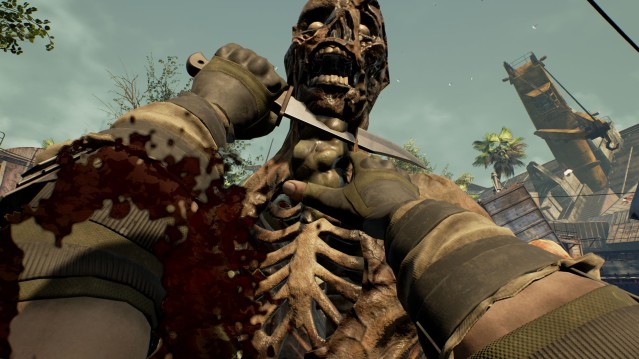 Moving Hazard will continue development throughout the Early Access process, adding additional major features as well as taking and responding to community feedback to tweak the game and plan future upgrades. The game is expected to enter a full release on Steam later this summer.

“The collaboration between Psyop Games and IllFonic has allowed us to leverage amazing game design and artistic assets to create a great looking, great playing new take on the multiplayer shooter,” said Charles Bruntgardt, President, IllFonic. “With early feedback from Beta players reflecting true excitement, we’re looking forward to releasing the game on Early Access and working with the Steam community to expand on and improve the next great competitive shooter.”

Set 50 years after civilization’s fall to a fast-moving zombie plague, Moving Hazard boldly challenges gamers to play counter to everything they’ve learned from previous zombie games – namely, to avoid killingthe living dead and rather, to spare the undead and deploy them as weapons against the enemy.

Most importantly however, players must take advantage of the zombie control technology that can attract, repel, sedate, and anger the voracious horde, including: