Developer Valve mastered the idea of “less is more” when they released Left 4 Dead. Luckily for gamers, Valve decided to stick with what works instead of trying to reinvent the wheel with Left 4 Dead 2. Released in 2009, L4D2is a simple idea, start at a safe house and run to another safe house. There are no escort missions, no side quests, and no pointless gathering missions.

Just as in L4D, you can select from any one of the four playable characters. The game begins in Georgia and ends in Louisiana. Since it’s set in the south, each character adds their own bit of southern charm to the chaotic symphony known as the zombie apocalypse. Traveling is much the same as L4D in the sense that you get from one level to another by reaching some mode of transportation at the end of each mission. There is a bit of a story, but it merely consists of why your team should get from one location to the next. Usually it involves your mode of transportation either breaking down or running out of gas. 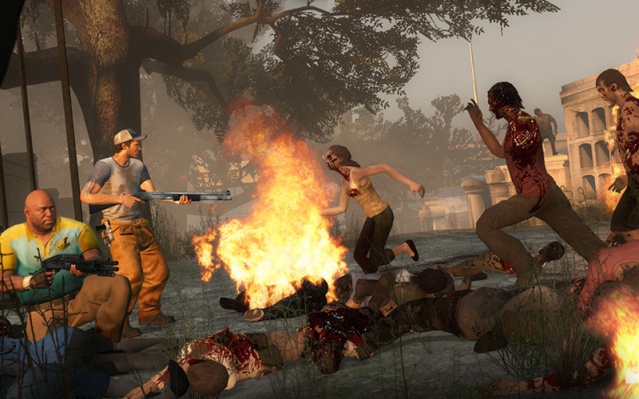 If you played L4D, then L4D2 will be very easy to adapt too. The game play remains largely the same. The biggest change in the game play is the increased role of melee weapons. L4D2 has more zombies on screen than its predecessor and therefore will make you rely on your melee combat skills. I use the word skills loosely because it essentially becomes a hack and slash adventure when you’re surrounded or out of ammo. L4D2 provides the player with more choices in weapons this time around, both firearms and melee weapons. There is a little more strategy in this one though, as players are rewarded by taking more difficult routes to their objective by providing them with upgraded ammo or more powerful weapons. 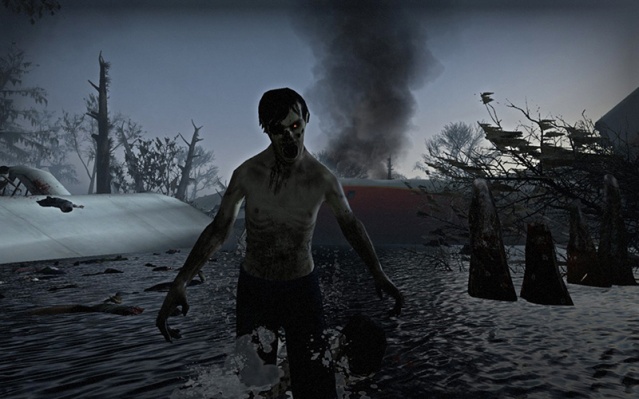 The multiplayer remains a large part of the game. The multiplayer allows up to eight player combat where a team of human survivors attempts to reach the next safe house as their zombified opponents try to stop them. L4D2 added three new types of infected zombies to play as and to fight off. These new types have their own strengths which can easily turn the tide of battle during a heated multiplayer match. 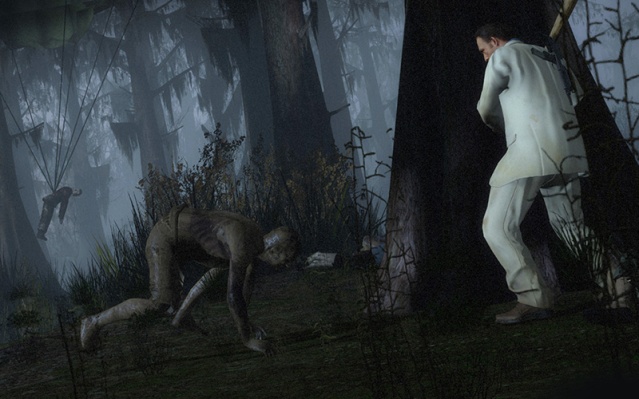 As far as downsides go, there really aren’t any. The quality of the graphics is about the only thing to complain about. There isn’t much difference between L4D and L4D2. Other than that this is a solid, simple game all the way through.

L4D2 was great when it was released, and it is still one of the best zombie games ever made. L4D2 is available for Windows and Xbox 360 and is rated M for mature. You can pick up L4D2 for $19.75 off of Amazon.com. Hours and hours of fun can be had either with your friends or just the AI controlled bots, this is a must have for your collection. Left 4 Dead 2 gets a 5/5.