One of the great things about zombies in storytelling is that they can be placed inside nearly any other genre. A quick look at a list of zombie films from recent years will turn up zombie westerns, zombie gangs, zombie Nazis and even zombie strippers. 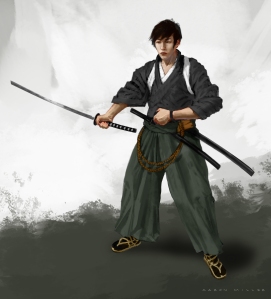 In the upcoming graphic novel “Shogun Rising,” the zombie apocalypse comes to Japan. The novel, written by Jonathan Mayor, follows the adventures of the son of a banished samurai master, who lives and trains in a village in the mountains high above modern day Tokyo, as he searches for his one true love (the daughter of the Japanese Yakuza boss) at the start of a zombie apocalypse.

Mayor said he was introduced to horror movies as a kid, including the Friday the 13th and Halloween films. His first zombie film was George Romero’s “Dawn of the Dead,” and it clearly stood out from the other horror movies he’d seen.

“It showed how fun horror movies could be,” Mayor said. “The danger and fear were still there, but some of the evil and malice from the slasher movies seemed to be missing. The motivations for the protagonists were more primordial than masochistic in zombie movies.”

While this early indoctrination into zombie and horror films clearly had an impact, it was actually a quote from Albert Einstein that planted the seed for “Shogun Rising.” The quote goes “I know not with what weapons World War III will be fought with, but World War IV will be fought with sticks and stones.”

Mayor said those words combined with his love of Samurai movies, cartoons, Romero and all kinds of other international movies, games and music. 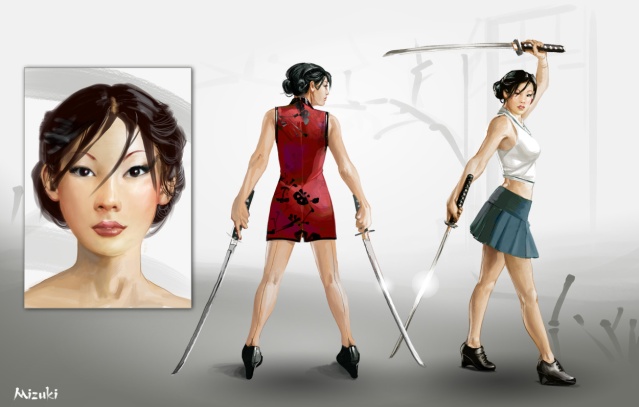 “I wanted to come up with a story that would make an ancient culture reemerge as relevant in today’s society,” Mayor said. “Going the route of graphic novel versus trying to push it as a film or animated series came from the idea that when the story started shaping up, it seemed best suited for a graphic novel.”

“Shogun Rising” is scheduled for release in October and is currently planned to tell its story as a trilogy. If things go well, the story won’t end there, however.

ryline and an animated series script in the works,” Mayor said.

One of the things that will make the project stand out is the artwork, Mayor said. He’s been working with a team of artists to create the world in which the characters live.

“The artwork and team are awesome and the story is really cool,” he said. “It’s full of beauty, darkness and a lot of danger and surprises.”

Since Samurai movies tend to have a lot of action, one might wonder how fast the zombies in “Shogun Rising” will be. Mayor said he gave the issue some thought and zombies in his world will actually have varying levels of agility depending on the source and severity of their infection.

“I think both can be dealt with effectively and we thought it would be cool to have a story with varying levels of infection that the infected react differently to,” he said.

Looking at the zombie genre as a whole, Mayor said its recent surge in popularity is attributable to the quality of the projects coming out.

“There have been some huge successes and like with anything, once something is good enough on its own for long enough, the industry responds to come take a bite of that apple,” he said. “In a way I think it’s awesome to see zombies get their due, but there’s also a really cool part of horror movies that I hope stays cultish and cool and not as mass produced and piecemealed as some of the other genres.”

In order to help the project along, Mayor and his team have launched a Kickstarter campaign. For more information or to make a contribution, go to http://www.kickstarter.com/projects/1662720221/shogun-rising-the-graphic-novel.