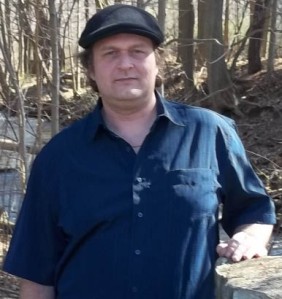 A common theme in apocalyptic zombie literature is man’s fight for survival. Men are forced to battle zombies, the elements and even each other.

T. H. Rahman’s novel Dead Rich plays on theme, pitting man against the undead for the entertainment of the rich. Rahman’s antagonist is the wealthy and sadistic “Mr. Tate,” who has turned his family estate into an arena where captives are forced to fight zombies to win their freedom.

While the contestants are struggling for their survival in the lower rooms of the mansion, Mr. Tate’s wealthy guests are on the floor above indulging in food and drink, watching what they see as the greatest reality show.

The hero of the story is Bo, a survivor who is teamed with three others in the latest version of the game.

“With evil intent, Mr. Tate manipulates his servants to do his bidding by ordering them to release wave after wave of zombies into the mansion with the intent to kill the four contestants,” Rahman explained. “As the game progresses, something far worse is unleashed — something so vicious that not even the strong know if they can survive.”

Although Rahman’s early experiences with zombies came from movies, it was actually a video game played by his son Tim that gave him the core inspiration for “Dead Rich.”

“He was playing ‘Call of Duty’ zombie mode and said to me, ‘Dad, you need to write a book like this game.’ So I sat down and thought of how I could come up with a story where the zombies pursued humans within the confines of a mansion,” he said. “With an interest in the history of the Romans and the gladiatorial games, I added the fact that the rich will pay to watch a helpless human meet a cruel demise. So I added a cruel individual, Mr. Tate, gave him a lust for currency, and then added a reality show.”

When it came to creating the larger world in which the events take place, Rahman had a wealth of zombie entertainment experiences to draw from. He said it all began for him when the George Romero classic “Dawn of the Dead” was shown at his hometown theater.

“I was 12 or 13. I had never seen or really heard of a zombie so with all the talk going around about this new zombie movie, I wanted to see this great George A. Romero movie,” he said. “I can say this, as I sat there motionless through the entire movie, I didn’t blink, nor did I breathe.”

The impact of the film was immediate and last well past when the theater lights came up.

“When it was over, I knew I had to walk in the dark the couple of miles to get home,” Rahman said. “I walked about half way until I was at the edge of town, and then ran the rest of the way home.”

In the days that followed a new passion for the undead emerged.

“Instantly, I became intrigued with zombies. I researched where they supposedly come from and what some people use to turn a human into a zombie,” he said. “I became hooked on video games and proceeded to play every zombie game that came out.”

Rahman said “Dead Rich” stands out from other books in the genre zombie because it doesn’t focus on the initial zombie outbreak and characters trying to figure out what’s going on.

“In ‘Dead Rich,’ the apocalypse happens in the prologue,” he noted. “In the first chapter, five years later, the rich have learned how to survive in a post-apocalyptic world amongst the zombies and control the fiends to entertain themselves.”

The rich also use this power to control the undead as a means to essentially enslave the rest of humanity. Rahman said this tendency in human nature is what would make an apocalypse of any sort so dangerous.

“I would be more fearful of the people than I would of the zombies,” he said. “When there is no more law, people follow a whole different set of rules.”